Coffee: Iced Latte
Listening: Johnnyswim
Location: Good Neighbors Coffee House, COS
It’s been 5 years of waking up at 5:00am (sometimes earlier) and I’ve have friends who have been doing it longer, waking up earlier, and staying out later.
But I’ve never once, since 2013, woken up and regretted the time my alarm goes off, that I was unloading trailers in the snow, that I was changing diapers or producing services.
I relished in what God was doing.
I was excited to listen to messages, to create transcendent moments, to pray for God to move and work in the human heart, to hear the stories of people handing over their lives to their Creator and Redeemer.
I was excited that kids were experiencing church entirely differently than I ever did.
I was excited that regardless of whatever we were facing privately, personally, or professionally God was who He said He was, and He sustained His bride through one of the most trying seasons, and multiple trying circumstances after that.
I was excited until about a month ago.
I woke up, on a Sunday morning at 4:45am, and for the first time in 5 years I dragged my feet.
For the first time in 5 years I didn’t want to show up, I didn’t want to play hurt, I didn’t want to go.
And it broke my heart with simultaneous regret.
Through some crazy timing of transitions as a staff, I interviewed a woman who was a ROCKSTAR.
Literally I almost quit on the spot because I was so impressed with her that I just wanted to hand her my job.
Through teary eyes I texted my boss and asked him if he could come into my office.
Full of honesty I told him that I wasn’t healthy, but I knew that he could see it without me needing to say anything.
I was the closest I had ever been to the dreaded words with multiple definitions, so close that I could nearly taste it…I was on the brink of “burn out” at twenty three years old.
And it was drowning me.
I couldn’t show up excited, I was bitter and frustrated and I began correlating my personal anguish with corporate leadership.
I struggled leading meetings because as the LEADER I couldn’t lead.
I couldn’t even be productive or cross things off my to do list. More times than I can count I would end up staring at my computer screen or at my planner or at the stack of stuff (and in more recent months I’ve used stronger language) and not known where to begin because EVERYTHING felt like it was the most important.
I had always known that during October I was planning to take some vacation time because summer is insane around here in the best possible way. I desperately needed it.
But here’s the thing about me…sometimes I am really bad at actually committing to my own personal health because I am a perfectionistic people pleaser. Sometimes it feels like more work to try to press pause than it would to keep running on a sprain.
Thankfully, I have an incredible boss who is all about physical, mental and spiritual health. He told me that he was in full support of what I needed to do and the time I needed to take for me to be healthy.
I asked for one week and he doubled it saying that he thought I needed more time.
At first it made me apprehensive, but as I got closer to that time I realized that I needed every drop of those days.
As soon as I confirmed my time off, I booked a Tiny House in Lyons, Colorado for three days. I felt like I needed to get away briefly, and the rest of my time would be stay-cation because I am a lover of home.
The days passed and the day came that I crossed every last thing off of my to-do list, sent nearly a hundred informative e-mails, and turned on my auto response.
–cue the radio silence after running the rats race–
The next day I drove to Estes Park, a little further than Lyons, and called my friend from a cabin coffee shop surrounded by changing leaves and a lake.
Over the phone he prayed for my time, prayed that the enemy would have no place.
J texted me and said I needed to listen to Christy Nockels new album, Lullabies for the Beloved, while I was away.
KT texted me and said she was praying for me.
My people surrounded me from all sides reminding me that this was bravery and I was insanely cared for, more so from Jesus than I could ever be by any one person.
This wasn’t an illegitimate excuse or a misinterpreted feeling.
This was the very beginning of a sacred, holy space that would go beyond any one place.

I drove back towards Lyons, checked in, and discovered that I was in the tiniest tiny house. Ever.
But it was perfect for me. The Ritz Carlton was her name.
I dropped my enormous amounts of stuff (poor packer alert) inside and drove to the local market to pick up some things for dinner.
When I got back I walked down to the river at sunset and prayed for some very specific things.
I prayed for God to give me answers to some things I had been wondering about, thinking about…probably over analyzing knowing myself.
I felt Him whisper as I took my pen to paper…
Dear…
You know, that if I show you the end of the story you will either be disappointed (because it may not be what you can see) or you will just skip to the end missing all of this messy, memorable, middle ground.
The middle is the most important.
I have your best interest in mind, and I only have good things for you…
Trust Me… 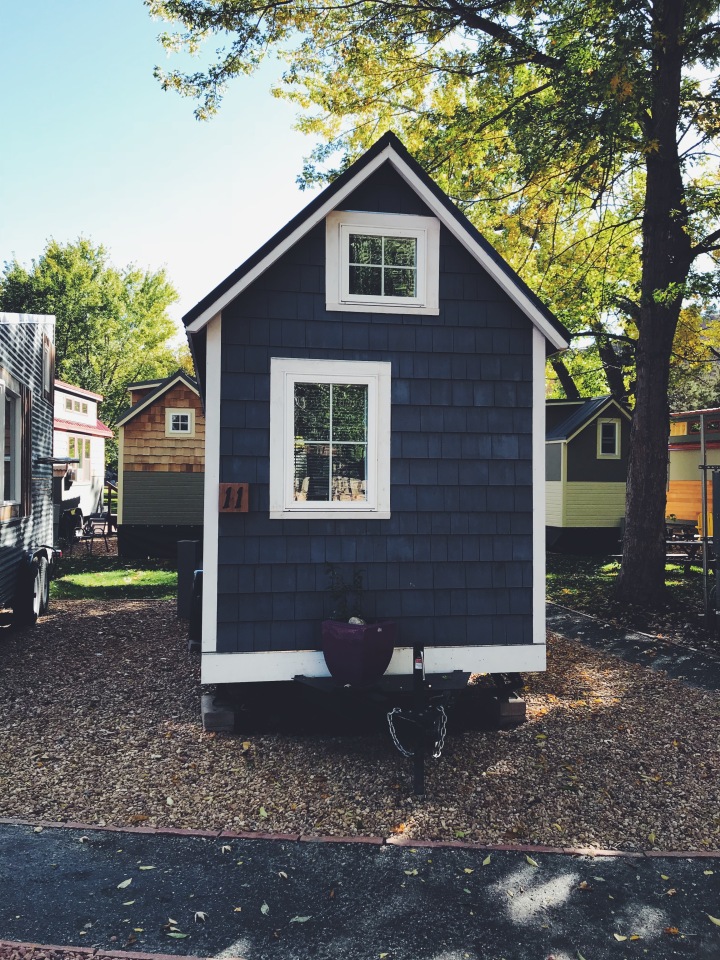 Up Next…
Re-finding Rescue…